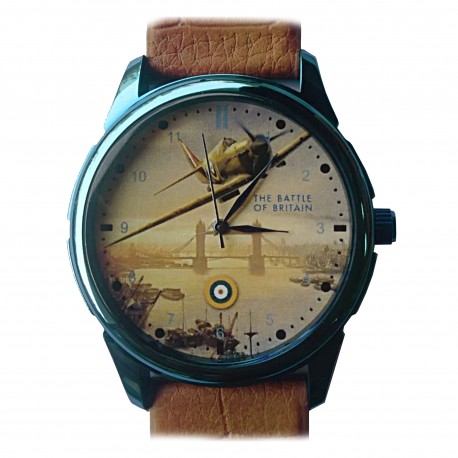 The Battle of Britain was a pivotal moment in WWII and undeniably one of the most significant turning points in British history. The failure of the German air force to claim dominance of our skies was their first major reversal and led to the ultimate failure of Hitler’s attempted invasion of Britain.

But what gave the RAF an advantage over the German Luftwaffe? The answer is easy. The Supermarine Spitfire Mk I and Mk II

The high-performance aircraft, designed by R.J Mitchell, is without a doubt the most famous plane of World War Two. Its high speed coupled with its light weight and ground-breaking design meant it was vastly adaptable and played a critical role in the defeat of the German air force.

The Supermarine Spitfire was an agile fighting machine. The aircraft’s unique elliptical wings made it the supplest fighter in the sky. The Mk I was built with a Merlin II or Merlin III engine giving it up to 1,030 horsepower. This gave the Spitfire Mk I a top speed of 362mph at 18,5000ft, making this model faster than existing British fighter planes such as the Hurricane.

From June 1940, thirty of the aircraft were equipped with twin 20mm cannons. To distinguish between the two variants, the Spitfire Mk I’s equipped with lethal .303 machine guns were designated IA’s. These machine guns were able to deliver a concentration of 160 rounds per second. Those with fitted cannons were designated IB’s. These were the models which were used against the Luftwaffe in the Battle of Britain. At the peak of the battle, 372 Spitfires were used against them, predominantly Mk Is.

Mk II Spitfires were designed to be more powerful and faster than the original model. The main difference between these is the fact that the Supermarine Spitfire Mk II came with a Merlin Mk XII powerplant. Most of these models were introduced after the Battle of Britain meaning it was mainly the Mk I that carved out the Spitfire legend in the Summer of 1940.