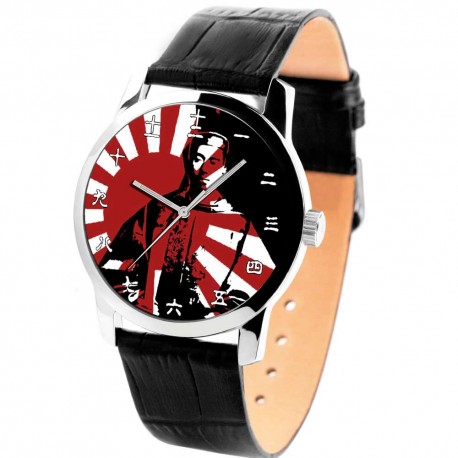 Emperor Shōwa (昭和天皇 Shōwa-tennō?, April 29, 1901 – January 7, 1989) was the 124th Emperor of Japan according to thetraditional order of succession, reigning from December 25, 1926, until his death on January 7, 1989. He was succeeded by his eldest son,Akihito, upon his death. Although better known outside Japan by his personal name Hirohito(裕仁?), in Japan, he is now referred to primarily by his posthumous name Emperor Shōwa. The word Shōwa is the name of the era that corresponded with the Emperor's reign, and was made the Emperor's own name upon his death. The name Hirohito means "abundant benevolence".

At the start of his reign, Japan was already one of the great powers—the ninth-largest economy in the world, the third-largest naval power, and one of the four permanent members of the council of the League of Nations.[1] He was the head of state under theConstitution of the Empire of Japan duringJapan's imperial expansion, militarization, and involvement in World War II. After Japan's surrender of the war, he was not prosecuted for war crimes as many other leading government figures were, and his degree of involvement in wartime decisions remains controversial among historians.[2] During thepost-war period, he became the symbol of the new state under the post-war constitution andJapan's recovery, and by the end of his reign, Japan had emerged as the world's second largest economy.