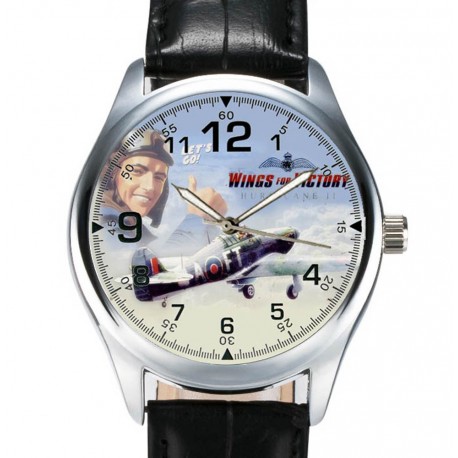 Discover the pivotal moments of the Battle of Britain and how the RAF came to defeat the German Luftwaffe and prevent a Nazi invasion.

Before the Battle: the fall of France

German forces swept through France with remarkable speed in May 1940, invading the country on 10 May, the same day that Winston Churchill became Prime Minister in Britain.

By the beginning of June, French resistance to the German onslaught had effectively broken down and on 4 June the Dunkirk Evacuation brought tens of thousands of Allied soldiers back to British shores.

The French formally surrendered on 22 June and it seemed inevitable that German forces would turn their attention to Britain. The threat from the air may have been most pressing, but the direct threat of invasion was also clear.

Churchill spoke to the House of Commons on 18 June and gave one of his most famous speeches in which he prepared his countrymen for the challenges that lay ahead: "What General Weygand called the Battle of France is over. I expect that the Battle of Britain is about to begin. Upon this battle depends the survival of Christian civilisations.

"Upon it depends our own British life, and the long continuity of our institutions and our Empire. The whole fury and might of the enemy must very soon be turned on us.

"Hitler knows that he will have to break us in this Island or lose the war. If we can stand up to him, all Europe may be free and the life of the world may move forward into broad, sunlit uplands. But if we fail, then the whole world, including the United States, including all that we have known and cared for, will sink into the abyss of a new Dark Age made more sinister, and perhaps more protracted, by the lights of perverted science.

"Let us therefore brace ourselves to our duties, and so bear ourselves that if the British Empire and its Commonwealth last for a thousand years, men will still say, 'This was their finest hour'."

The first engagements took place over the English Channel from 9 July 1940, though compared with what was to come these were mere skirmishes – each airforce testing the other out. It was a kind of phony war, in fact, and the main battle only began in earnest in the second week of August.

Air Chief Marshal Sir Hugh Dowding, who was Commander-in-Chief of Fighter Command, had been developing a defence system. The system included the Chain Home and Chain Home Low radar early warning alongside the Royal Observer Corps and a well-organised telephone network.

The breathing space of a couple of months between the fall of France and the start of the heavy fighting in Britain's skies gave Dowding the opportunity to further refine his systems in preparation for the storm that lay ahead. It also gave pilots the opportunity for more training and for the production of more aircraft and ammunition – all factors that proved to be crucial – especially due to the vast numerical superiority that the Luftwaffe had at the start of the battle.

The main attack on the RAF was code-named Alderangriff (Eagle attack) and was launched on 13 August 1940.

The following days saw some of the most intense fighting, predominantly in the skies above southeast England, with a massive number of sorties flown by the Luftwaffe in an attempt to destroy Britain's air defences.

18 August was nicknamed 'The Hardest Day' when each side sustained the greatest number of casualties in the conflict.

The Luftwaffe targeted first of all the radar infrastructure and then the airfields themselves, but was unable to land a killer blow.

On the night of 25 August 1940 British bombers attacked Berlin and in reprisal the Luftwaffe switched their attack from strategic air defence targets to the cities. The blitz had begun.

The Battle of Britain over London skies

Hitler spoke at the beginning of September about wiping out British cities. Just a few days later, a massive raid involving almost a thousand aircraft in total targeted London's docks.

The RAF had scored the first major victory against the German military machine in the war and this was a great morale boost, showing that the idea of German invincibility was a sham. It made the prospect of American intervention in the war more likely.

Two Sgt. pilots from 141 Squadron congratulate each other

There are many reasons for the victory. Those Luftwaffe pilots shot down over England were captured and could not fly again; those Allied pilots that were shot down, assuming they were uninjured could, and often were, flying again the next day.

The Luftwaffe also made a number of strategic errors. Then there was the inspired leadership of Dowding, the superb defensive system that stuck together under the greatest stress, and, of course, the heroic courage and valour of the RAF airmen that Churchill so memorably paid tribute to in his speech of 20 August 1940.

Never was so much owed by so many to so few

Churchill said, in the heat of the battle, as the RAF were repulsing wave after wave of aircraft, that:

"The gratitude of every home in our Island, in our Empire, and indeed throughout the world, except in the abodes of the guilty, goes out to the British airmen who, undaunted by odds, unwearied in their constant challenge and mortal danger, are turning the tide of the World War by their prowess and by their devotion. Never in the field of human conflict was so much owed by so many to so few."

The pilots were not just British; many were from other countries such as Czechoslovakia, Poland, South Africa, Canada, Australia and New Zealand and the RAF Benevolent Fund feel that it is important to recognise the contribution that everybody made to the immense effort involved to protect Britain from invasion and carry the fight against the evils of Nazism.