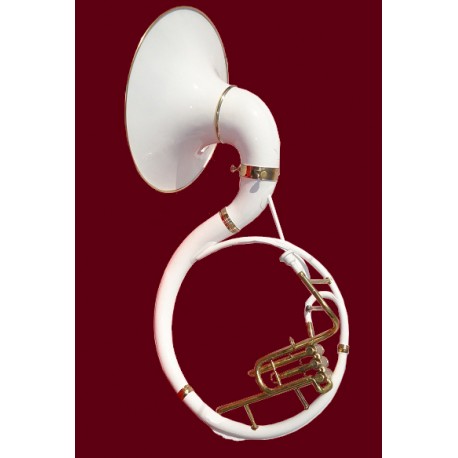 * Brass and white polyurethane finishing. The brass valve section is not lacuered and will require regular polishing.
* Free Mouthpiece
* Nylon Gigbag for only US$55 extra
* Worldwide Free Economy Shipping