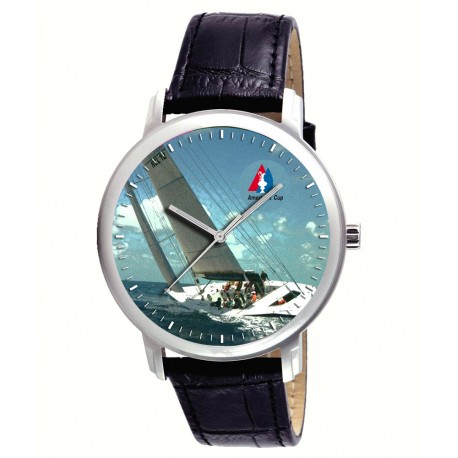 First contested in 1851, the America’s Cup is the oldest trophy in international sport, predating the modern Olympic Games by 45 years, and is yachting’s biggest prize.

The trophy’s roots date back to when a syndicate of businessmen from New York sailed the schooner America across the Atlantic Ocean to represent the United States at the World’s Fair in England. The schooner won a race around the Isle of Wight and, with it, a trophy called the £100 Cup. (It was subsequently inscribed, incorrectly, as the 100 Guineas Cup.) 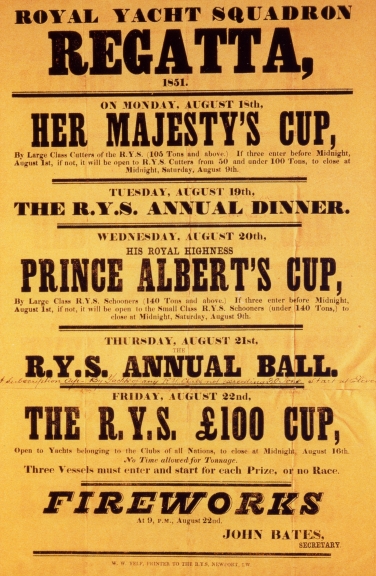 Poster advertising the £100 Cup - an invitational race around the Isle of Wight off the South Coast of England. The yacht America beat the best of the British fleet to win the sterling silver trophy that would become the America’s Cup (named after the yacht, not the country)

After winning the trophy, the United States embarked on what would become the longest winning streak in the history of sport, a 132-year stretch of domination that saw boats representing the country successfully defend the trophy 24 times from 1870 through 1980—until 1983, when Australia II became the first successful challenger to lift the trophy. 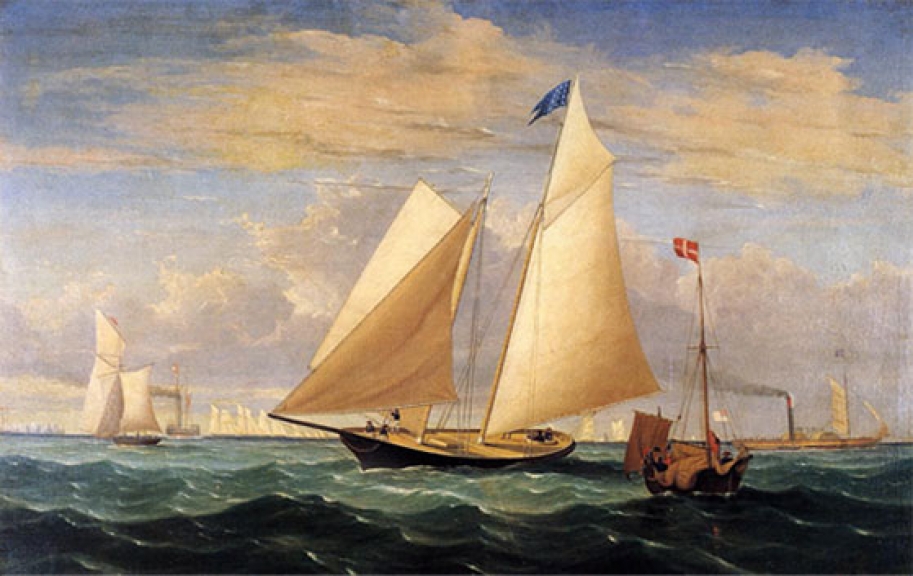 The yacht America beat the best of the British fleet to win the sterling silver trophy that would become the America’s Cup (named after the yacht, not the country).

Now, a new generation of sailing superstars have taken up the challenge, like Britain’s Ben Ainslie and Iain Percy, and Australians Jimmy Spithill, Tom Slingsby and Nathan Outteridge, along with Kiwis Dean Barker, Peter Burling and Blair Tuke, and French superstar Franck Cammas

21 other products in the same category: