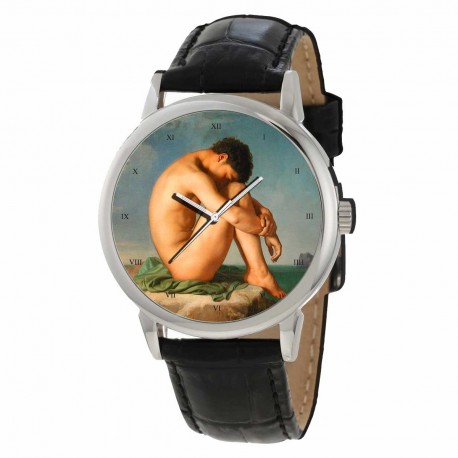 Queer art, also known as LGBT+ art or queer aesthetics, broadly refers to modern and contemporary visual art practices that draw on lesbian, gay, bisexual, and transgender+ imagery and issues.[1][2][3] While by definition there can be no singular "queer art", contemporary artists who identify their practices as queer often call upon “utopian and dystopian alternatives to the ordinary, adopt outlaw stances, embrace criminality and opacity, and forge unprecedented kinships and relationships.”[4] Queer art is also occasionally very much about sex and the embracing of unauthorised desires.[4]

Queer art is highly site-specific, with queer art practices emerging very differently depending on context, the visibility of which possibly ranging from being advocated for, to conversely being met with backlash, censorship, or criminalisation.[5] With sex and gender operating differently in various national, religious, and ethnic contexts, queer art necessarily holds varied meanings.

While historically, the term 'queer' is a homophobic slur from the 1980s AIDS crisis in the United States, it has been since re-appropriated and embraced by queer activists and integrated into many English-speaking contexts, academic or otherwise.[4] International art practices by LGBT+ individuals are thus often placed under the umbrella term of 'queer art' within English-speaking contexts, even though they emerge outside the historical developments of the gender and identity politics of the United States in the 1980s.

'Queer art' has also been used to retroactively refer to the historic work of LGBT+ artists who practiced at a time before present-day terminology of ‘lesbian’, ‘gay’, ‘bisexual’ and ‘trans’ were recognised, as seen deployed in the 2017 exhibition by Tate, Queer British Art 1861–1967.[6] The term “queer” is situated in the politics of non-normative, gay, lesbian and bisexual communities, though it is not equivalent to such categories, and remains a fluid identity.[4]