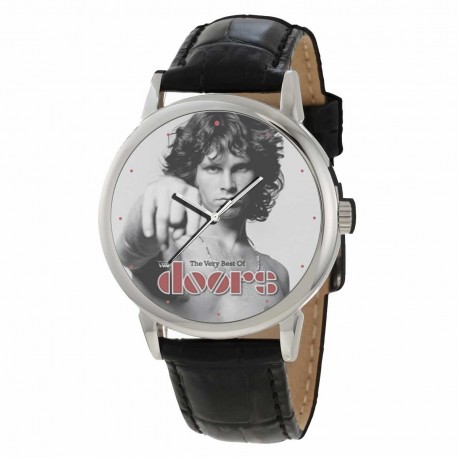 The Doors were an American rock band formed in 1965 in Los Angeles, California, with vocalist Jim Morrison, keyboardist Ray Manzarek, drummer John Densmore and guitarist Robby Krieger. The band took its name from the title of Aldous Huxley's book The Doors of Perception, which itself was a reference to a William Blake quotation: "If the doors of perception were cleansed every thing would appear to man as it is, infinite." They were among the most controversial rock acts of the 1960s, due mostly to Morrison's wild, poetic lyrics and charismatic but unpredictable stage persona. After Morrison's death in 1971, the remaining members continued as a trio until finally disbanding in 1973.

They were signed to Elektra Records in 1966. The 1967 release of The Doors was the first in a series of top ten albums in the US, followed by Strange Days (1967), Waiting for the Sun (1968), The Soft Parade (1969), Morrison Hotel (1970), Absolutely Live(1970) and L.A. Woman (1971), with 19 Gold, 14 Platinum and 5 Multi-Platinum album awards in the United States alone. Although The Doors' active career ended in 1973, their popularity has persisted. According to the RIAA, they have sold 32.5 million certified units in the US.[5] The band has sold over 100 million albums worldwide.[7] The Doors were the first American band to accumulate eight consecutive gold LPs