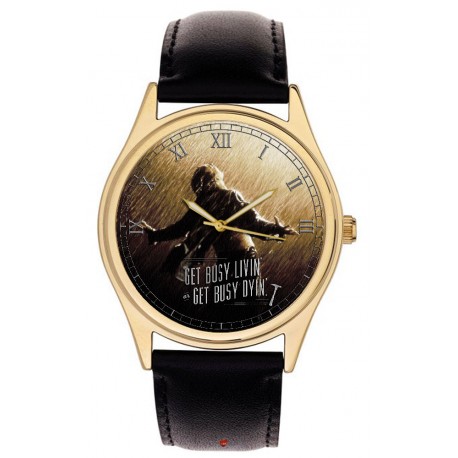 The Shawshank Redemption is a 1994 American drama film written and directed by Frank Darabont, and starring Tim Robbins and Morgan Freeman. Adapted from the Stephen King novella Rita Hayworth and Shawshank Redemption, the film tells the story of Andy Dufresne, a banker who is sentenced to life in Shawshank State Penitentiary for the murder of his wife and her lover, despite his claims of innocence. During his time at the prison, he befriends a fellow inmate, Ellis Boyd "Red" Redding, and finds himself protected by the guards after the warden begins using him in his money-laundering operation.

While The Shawshank Redemption received positive reviews at release, it suffered from poor viewership and competition from other films such as Pulp Fiction at its initial release, and was a box office disappointment. The film received multiple award nominations (including seven Oscar nominations) and highly positive reviews from critics for its acting, story, and realism. Through Ted Turner's acquisition of Castle Rock Entertainment, the film started gaining more popularity in 1997 after it started near-daily airings on Turner's TNT network. It is now considered to be one of the greatest films of the 1990s. It has since been successful on cable television,VHS, DVD, and Blu-ray.

It was included in the American Film Institute's 100 Years...100 Movies (10th Anniversary Edition).[4] In 2015, the United States Library of Congress selected the film for preservation in the National Film Registry, finding it "culturally, historically, or aesthetically significant"