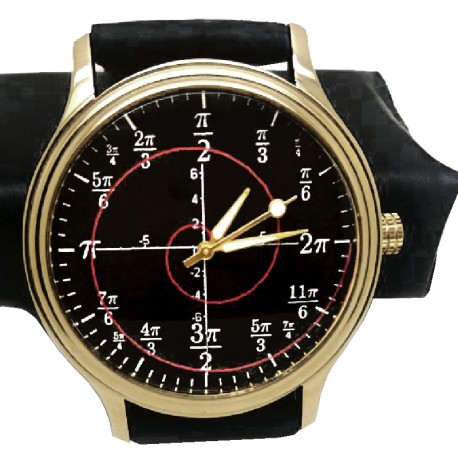 The number π is a mathematical constant, the ratio of a circle's circumference to its diameter, commonly approximated as 3.14159. It has been represented by the Greek letter "π" since the mid-18th century, though it is also sometimes spelled out as "pi" (/paɪ/).

Being an irrational number, π cannot be expressed exactly as a fraction (equivalently, its decimal representation never ends and never settles into a permanent repeating pattern). Still, fractions such as 22/7 and other rational numbers are commonly used to approximate π. The digits appear to be randomly distributed. In particular, the digit sequence of π is conjectured to satisfy a specific kind of statistical randomness, but to date no proof of this has been discovered. Also, π is atranscendental number, i.e., a number that is not the root of any non-zero polynomial having rational coefficients. This transcendence of π implies that it is impossible to solve the ancient challenge of squaring the circle with a compass and straightedge.

Ancient civilizations required fairly accurate computed values for π for practical reasons. It was calculated to seven digits, using geometrical techniques, inChinese mathematics, and to about five digits in Indian mathematics in the 5th century AD. The historically first exact formula for π, based on infinite series, was not available until a millennium later, when in the 14th century the Madhava–Leibniz series was discovered in Indian mathematics.[1][2] In the 20th and 21st centuries, mathematicians and computer scientists discovered new approaches that, when combined with increasing computational power, extended the decimal representation of π to many trillions of digits after the decimal point.[3] Practically all scientific applications require no more than a few hundred digits of π, and many substantially fewer, so the primary motivation for these computations is the quest to find more efficient algorithms for calculating lengthy numeric series, as well as the human desire to break records.[4][5] The extensive calculations involved have also been used to test supercomputers and high-precision multiplication algorithms.

Because its definition relates to the circle, π is found in many formulae in trigonometry and geometry, especially those concerning circles, ellipses, and spheres. Because of its special role as an eigenvalue, π appears in areas of mathematics and the sciences having little to do with the geometry of circles, such asnumber theory and statistics. It is also found in cosmology, thermodynamics, mechanics, and electromagnetism. The ubiquity of π makes it one of the most widely known mathematical constants both inside and outside the scientific community; several books devoted to it have been published, the number is celebrated on Pi Day, and record-setting calculations of the digits of π often result in news headlines. Attempts to memorize the value of π with increasing precision have led to records of over 70,000 digits.