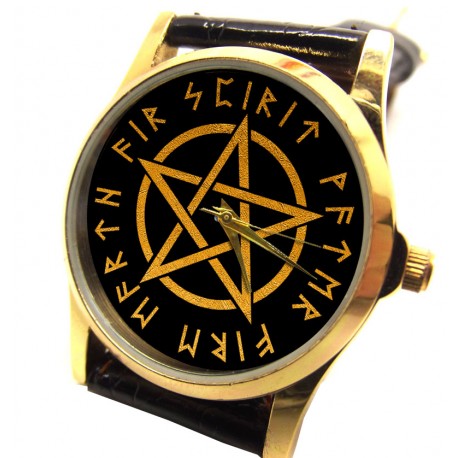 Wicca, a predominantly Western movement whose followers practice witchcraft and nature worship and who see it as a religion based on pre-Christian traditions of northern and western Europe. It spread through England in the 1950s and subsequently attracted followers in Europe and the United States.

Although there were precursors to the movement, the origins of modern Wicca can be traced to a retired British civil servant, Gerald Brousseau Gardner (1884–1964). Gardner spent most of his career in Asia, where he became familiar with a variety of occult beliefs and magical practices. He also read widely in Western esoteric literature, including the writings of the British occultist Aleister Crowley. Returning to England shortly before the outbreak of World War II, Gardner became involved in the British occult community and founded a new movement based on a reverence of nature, the practice of magic, and the worship of a female deity (the Goddess) and numerous associated deities (such as the Horned God). He also borrowed liberally from Western witchcraft traditions. Following the 1951 repeal of England’s archaic Witchcraft Laws, Gardner published Witchcraft Today (1954), founded his first coven of followers, and, with input from its members, especially author Doreen Valiente, developed modern witchcraft into what today is known as Wicca. It spread quickly to the United States in the late 1960s, when an emphasis on nature, unconventional lifestyles, and a search for spirituality divorced from traditional religions were especially in vogue.

Covens, which ideally number 10 to 15 members and are entered through an initiation ritual, sometime align with one of many coven associations. As coven members master the practice of magic and become familiar with the rituals, they pass through two degrees of initiation. There is a third degree for those who wish to enter the priesthood. In Gardner’s system priority is given to the priestess, and leaders in the Gardnerian community trace their authority through a lineage of priestesses back to Gardner’s coven.

Despite variation within the Wiccan community, most believers share a general set of beliefs and practices. They believe in the Goddess, respect nature, and hold both polytheistic and pantheistic views. Most Wiccans accept the so-called Wiccan Rede, an ethical code that states “If it harm none, do what you will.” Wiccans believe in meditation and participate in rituals throughout the year, celebrating the new and full moon, as well as the vernal equinox, summer solstice, and Halloween, which they call Samhain. Wiccan rites include invoking the aid of the deities, practicing ceremonial magic, and sharing a ritual meal.

Save 50% off a Britannica Premium subscription and gain access to exclusive content.Subscribe today

Most controversial to outsiders is that Wiccans call themselves witches, a term which most Westerners identify with Satanism. As a result, Wiccans are continually denying any connection with Satan or devil worship. Wiccans have also attempted to establish ties with other polytheistic (Hindu) and nature-oriented (Native American) religious communities.

By the 1980s there were an estimated 50,000 Wiccans in western Europe and North America. Although the growth rate slowed by the end of the decade, Wicca gained increasing social acceptance and diversified to include numerous variations on Gardner’s original teachings and rituals. Moreover, new Wiccan groups emerged independent of the Gardnerians, including one led by Alexander Sanders (1926–1988), the Dianic Wiccans who saw Wicca as a woman’s religion, and the parallel Neo-Pagan movement, which also worshipped the Goddess and practiced witchcraft but eschewed the designation witch. A major controversy developed in the United States in the 1960s and 1970s, when a faction of Wiccans broke with Gardner’s notion that clothes inhibited magical workings and chose not to follow his practice of worshipping in the nude. Instead they donned ritual robes, claiming pre-Gardnerian sources for their beliefs, and called themselves Traditionalists.

As Wicca and Neo-Paganism moved into their second generation, belief faded in the notion that Gardner had inherited a set of witchcraft rituals and practices that had been passed on through a tradition with unbroken ties to pre-Christian paganism. Although many Wiccans once cited the work of Margaret Murray, including The Witch-Cult in Western Europe (1921) and her article “Witchcraft” published in the 14th edition of the Encyclopædia Britannica (1929), in support of their belief in the ancient origins of their religion, they now generally recognize that Wicca began with Gardner and his associates.

As the 21st century began, Wiccans and Neo-Pagans were found throughout the English-speaking world and across northern and western Europe. Estimates of adherents ranged dramatically, with the number of Wiccans in the United States believed to be between 100,000 and more than 1.5 million. The Pagan Federation, an international fellowship, serves the larger Wiccan/Neo-Pagan community.