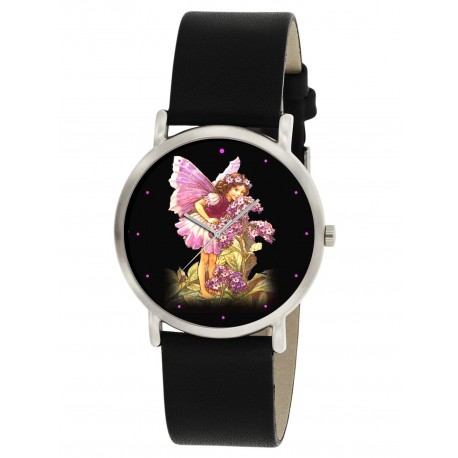 Flower Fairies are the product of English illustrator Cicely Mary Barker. Unable to go to school as a child because of her epilepsy, she was home-schooled and spent much of her time drawing and painting. Her artwork was influenced by illustrator Kate Greenaway and even more so by the Pre-Raphaelite Brotherhood, and she developed her talent as a member of the Croydon Art Society. Her flower fairy paintings, in particular, were driven by the Victorian popularity of fairies and fairy stories.