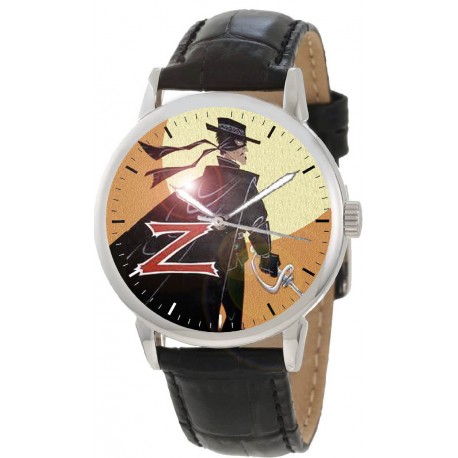 Zorro (Spanish for "fox") is the secret identity of Don Diego de la Vega, a fictional character created in 1919 bypulp writer Johnston McCulley. He is a Californionobleman living in Los Angeles during the era of Mexican rule (between 1821 and 1846),[1] although some movie adaptations of Zorro's story have placed him during the earlier Spanish rule.

The character has undergone changes through the years, but the typical image of him is a dashing black-clad masked outlaw who defends the commoners andindigenous peoples of the land against tyrannical officials and other villains. Not only is he too cunning and foxlike for the bumbling authorities to catch, but he also delights in publicly humiliating them.

The character has been featured in numerous books, films, television series, and other media. Tiburcio Vásquez, Juan Nepomuceno Cortina and Joaquin Murrieta are cited as inspirations for Zorro