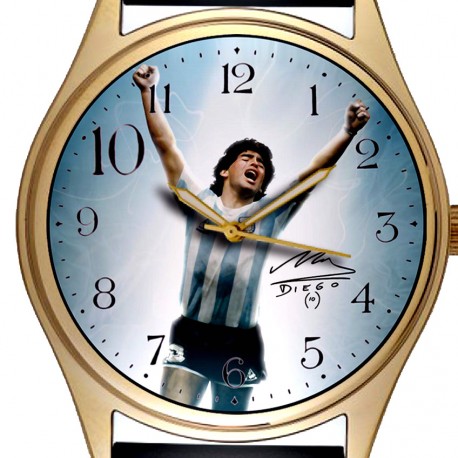 Diego Maradona was a genius, legend and inspiration rolled into one pint-sized Argentine body.

The death of Maradona at the age of 60 sent sadness across the world, while it also allowed memories to flood back about why he will go down as one of the greatest players in the history of the game.

To many he is the greatest.

The age-old debate of who was better, Maradona or Pele, will rumble on and the duo of Lionel Messi and Cristiano Ronaldo have recently hoisted themselves into the conversation as to who is the best-ever player to have graced the planet.

“He leaves us but he isn’t going anywhere, because Diego is eternal,” Lionel Messi said as the soccer world mourned his loss.

People will be talking about Diego Armando Maradona 100 years from now because of the way he played the game. He was too strong, too skilful and too ruthless for his competitors. His character on and off the pitch made his legend even greater and his skill transcended generations.

Decades of children have grown up trying to replicate the creativity of Diego Maradona. Millions have dropped their jaws when watching him live, or watching videos of his brilliance, or when reading books about his tales off the pitch. His genius in the 1986 World Cup, as he single-handedly (pun intended) led Argentina to glory, stole the hearts of the world.

His surprise move to Napoli in 1984 also stunned the world as he led them to two Serie A titles, the first in club history, as the poorest city in Italy was led to glory by the Argentine superstar who was truly a man of the people.

Maradona was a god among men for many around the world, and even if you didn’t want to love him, you just couldn’t help it. Stadiums have, and will be, named after him. Statues will be erected. His legacy as one of the greats is secure. Like many geniuses, Maradona was flawed. His struggles with drug and alcohol addiction during his playing days and after his career are well-documented and put a severe strain on his body as multiple surgeries and bouts of ill-health arrived.

Many times over the last two decades it seemed like Maradona’s time was up, but he always seemed to find a way of fighting back.

His ability to fight back and prevail against all of the odds were just as inspirational as his play on the pitch. Maradona hailed from a poor family in Buenos Aires but became the best-known Argentine in history and the favorite son of the nation. Argentina will now start three days of national mourning to mark the loss of El Diego. They will celebrate a genius who lived life to its fullest, on and off the pitch.

Maradona was the prime example of the rags to riches story. He was the boy from Buenos Aires who allowed kids around the world to dream they could too reach his heights.

The way he played the game brought so much joy and along with winning trophies for club and country, his skill won him the hearts of anyone who loves the beautiful game.

His legacy is that he has inspired Messi, and millions of others, to dare to dream they can replicate his success and do it with style.

In many ways Diego Maradona has left a legacy which is immeasurable. His legacy is eternal.