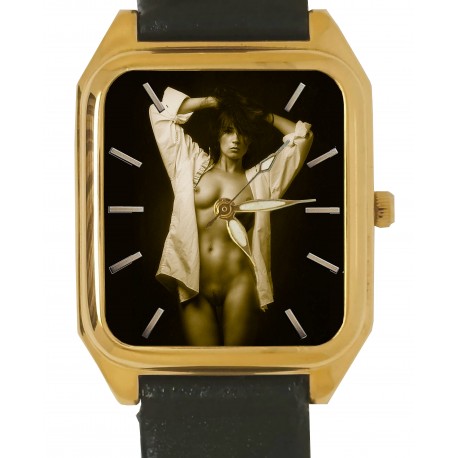 Scholars have traditionally interpreted all these depictions as scenes of ritual sex,[6] but they are more likely to be associated with the cult of Inanna, the goddess of sex and prostitution.[6] Many sexually explicit images were found in the temple of Inanna at Assur,[6] which also contained models of male and female sexual organs,[6] including stone phalli, which may have been worn around the neck as an amulet or used to decorate cult statues,[6] and clay models of the female vulva.[6]

There is a long tradition of erotic art in Eastern cultures. In Japan, for example, shunga appeared in the 13th century and continued to grow in popularity until the late 19th century when photography was invented.[13] In Japan during the Edo period (1600-1869), Shunga, translated to "spring pictures," was a series of sexually explicit paintings created with ink or woodblock works that became printed onto paper scrolls as an introduction to sexual education. Shunga, embraced by individuals apart of the Shinto religion, focused on liberating the innate sexual beings that are within all humans, including women and homosexual sexuality. Couples engaging in sexual acts were shown laughing and enjoying the sexual encounter with their partner; this focused on the positivity of sex. 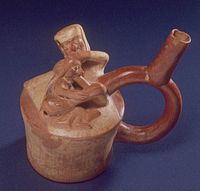 In Europe, starting with the Renaissance, there was a tradition of producing erotica for the amusement of the aristocracy. In the early 16th century, the text I Modi was a woodcut album created by the designer Giulio Romano, the engraver Marcantonio Raimondi and the poet Pietro Aretino. Erotic Art in Italy took on many forms but was most famously encaptured by artist Giulio Romano for his famous I Modi sketches. Pope Julius II commissioned Raphael to decorate rooms in the Vatican, which exclusively housed the religious elite. His death left Romano responsible for completing his final installation in the Vatican housing quarters in the Sala. The Sala was a gathering place for the religious elite. Paintings in this room depicted Emperor Constantine in a manner that illustrated scenes of victorious spiritual conquests of Christianity over Paganism.

During the time of finishing these works, Romano sketched sexually explicit scenes between mythological famous historical couples. These sketches were made to elicit the simplistic nature of sex between individuals. I Modi gave the public the power to gaze upon material which was banned by the clergy members of the Vatican. The sketches eventually landed into the hands of Marcantonio Raimondi, an engraver who was also classically taught by Raphael. Raimondi published and distributed these prints made by Romano. The drawings quickly gained popularity amongst non-elite people in society and were scattered around Italy's Vatican City. This taboo subject matter in Italy was ordered to be destroyed by Pope Clement. Marcantonio Raimondi was arrested for this reproduction and distribution of I Modi.[17][18]

In 1601, Caravaggio painted the Amor Vincit Omnia for the collection of the Marquis Vincenzo Giustiniani.

The tradition was continued by other, more modern painters, such as Fragonard, Courbet, Millet, Balthus, Picasso, Edgar Degas, Toulouse-Lautrec and Egon Schiele. Schiele served time in jail and had several works destroyed by the authorities for offending contemporary mores with his depictions of nude girls.

The naked portrait was arguably becoming a category of erotic art that was dominating the 20th century, just as the academic nude had dominated the 19th century.[24] Critical writings on the ‘nude’ and in particular the female 'nude', meant fundamental shifts in how depictions of the nude and the portrayal of sexuality were being considered. Seminal texts such as British Art historian Kenneth Clark's The nude: a study of ideal art in 1956 and Art Critic John Berger in 1972 in his book Ways of Seeing, were re-examining the notion of the naked and the nude within art. This period in art was defined by an acute engagement with the political. It marked a historical moment that stressed the importance of the sexual revolution upon art.[25]

Edelheit confronted the common stereotype that this art was pornographic by offering an alternative view of oneself. Her works paved the way for women to openly express sexual desires. Painting nude male subjects were uncommon in the 1970s; her Art turned the tables and allowed for women to be at the forefront of this fem expression revolution that occurred in the 70s.[31]

The red one by Alfred Freddy Krupa

The basic guidelines for the trier of fact must be: (a) whether 'the average person, applying contemporary community standards' would find that the work, taken as a whole, appeals to the prurient interest, (b) whether the work depicts or describes, in a patently offensive way, sexual conduct specifically defined by the applicable state law; and (c) whether the work, taken as a whole, lacks serious literary, artistic, political, or scientific value.[35]

As this is still much vaguer than other judicial tests within U.S. jurisprudence, it has not reduced the conflicts that often result, especially from the ambiguities concerning what the "contemporary community standards" are. Similar difficulties in distinguishing between erotica and obscenity have been found in other legal systems.