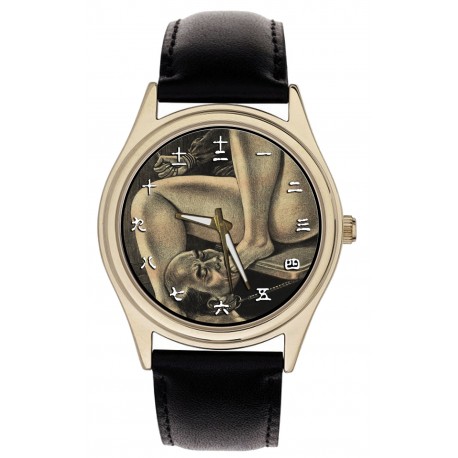 Harukawa was born in 1947[3] in Osaka Prefecture, Japan.[4] As a high school student he contributed artwork to Kitan Club [ja], a post-war pulp magazine that published sadomasochistic artwork and prose.[4] He developed a career as a fetish artist in the 1960s and 1970s,[3] taking the pen name "Namio Harukawa": formed from an anagram of "Naomi", a reference to Jun'ichirō Tanizaki's novel of the same name, and the last name of actress Masumi Harukawa.[4] Though he worked in pornographic magazines for the majority of his career, his work received wider recognition and critical acclaim beginning in the 2000s.[3] His art has earned praise from Oniroku Dan, Shūji Terayama, and Madonna,[5][6] and favorable comparisons to works by Robert Crumb.[7][8]

His artwork typically features women with large breasts, hips, legs, and buttocks dominating and humiliating smaller men, typically through facesitting or other forms of sexualized smothering. Bondage and human furniture are depicted frequently in his art.[8]

Harukawa died on April 24, 2020.[15] His death was confirmed in a blog post by Yuko Kitagawa, the owner of a video production company with longstanding ties to Harukawa