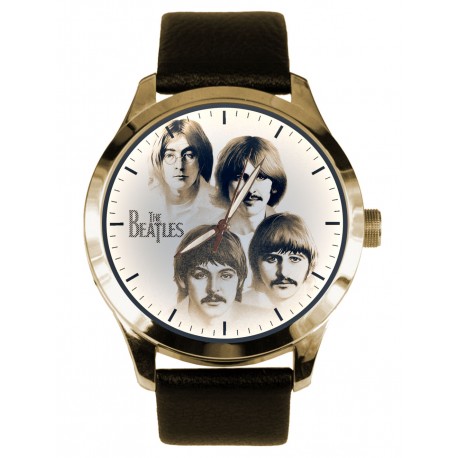 The Beatles' status as the Biggest Music Group in the World was in danger of being taken away from them during the first few months of 1967. The band had announced they were no longer going to perform live because of the growing physical dangers that came with touring, largely thanks to John Lennon's seemingly blasphemous comments on Christianity, which stoked religious fervor in the United States. Guaranteed sellout audiences—crowds so loud that nobody, not even the band, could hear a note of the music—were replaced by half-empty stadiums by the time the Fab Four performed in San Francisco on August 29, 1966 for what would be their final concert (not counting that rooftop performance in 1969).

When they reconvened in November of 1966, they found themselves with as much time as ever to get their next album as perfect as they could. What Lennon, Paul McCartney, George Harrison, Ringo Starr, producer George Martin, and engineer Geoff Emerick came up with was Sgt. Pepper's Lonely Hearts Club Band, a loosely conceptual album that was both a celebration and a piss-take on the psychedelic bands that had been popping up at the time.

Sgt. Pepper's Lonely Hearts Club Band was released to the public on June 1, 1967—50 years ago today—and served as a confirmation that The Beatles were not only alive and well, but still at the forefront of pop music innovation; "The Summer of Love" came shortly after.

1. THE TITLE CAME FROM AIRPLANE SALT AND PEPPER PACKETS.

By the time The Beatles took a three-month vacation in the latter part of 1966, they were all tired of being The Beatles. McCartney and tour manager/assistant Mal Evans ruminated on this problem as the two traveled together, ending their international adventures in Kenya. On their flight back to London, McCartney was developing an alter ego for the band for their next record.

"Me and Mal often bantered words about, which led to the rumor that he thought of the name Sergeant Pepper," McCartney explained to author Barry Miles about how he came up with the name. "But I think it would be much more likely that it was me saying, 'Think of names.' We were having our meal and they had those little packets marked 'S' and 'P.' Mal said, 'What's that mean? Oh, salt and pepper.' We had a joke about that. So I said, 'Sergeant Pepper,' just to vary it, 'Sergeant Pepper, salt and pepper,' an aural pun, not mishearing him but just playing with the words." McCartney then added "Lonely Hearts Club" to "Sergeant Pepper," and figured it would be a "crazy enough" band name, "because why would a Lonely Hearts Club have a band?"

2. THE BAND WAS UNDER A LOT OF PRESSURE.

Because of the perceived fading popularity of the group, Beatles manager Brian Epstein and their label EMI put pressure on Martin and the band to release a "can't-miss" hit single. Caving in to the pressure, two of the first three songs from the Sgt. Pepper sessions were released as a double A-side single: "Strawberry Fields Forever" and "Penny Lane." As was the practice at the time with singles, those two classic songs weren't included on the album. Martin later said that listening to Epstein and EMI in this instance was "the biggest mistake" of his professional life.

3. IT WAS INFLUENCED BY THE BEACH BOYS' PET SOUNDS, AND FRANK ZAPPA.

George Martin was quoted as saying that if Brian Wilson and The Beach Boys had not created and recorded their classic album Pet Sounds, "Sgt. Pepper never would have happened." McCartney repeatedly played the album at Abbey Road during recording sessions. Unbeknownst to The Beatles, they were fulfilling their part in a pop group ouroboros, because Wilson was inspired to write Pet Sounds after hearing The Beatles' Rubber Soul.

In June 1966, Frank Zappa's The Mothers of Invention came out with the double-record Freak Out!, a satirical album that also happened to contain classical music-influenced movements instead of individual tracks; some consider it to be the first rock concept album. "This is our Freak Out!" McCartney supposedly said during the Sgt. Pepper sessions.

4. DOGS MIGHT GO NUTS IF YOU PLAY THEM "A DAY IN THE LIFE" ALL THE WAY THROUGH.

A 15-kilohertz high-frequency tone/whistling noise can be heard—if you have the remastered CD version and not the vinyl repressing anyway—after the iconic final piano chord finishes resonating and before the backwards talking that closes the album. It was Lennon's idea to add the equivalent of a police dog whistle after he had an hours-long conversation with McCartney about frequencies. McCartney admitted to it all in 2013. Some believe the inclusion of the dog whistle was a subtle nod to the influence Pet Sounds had on the album.

5. RINGO REFUSED TO SING ONE LYRIC.

The song originally began with the hypothetical, "What would you do if I sang out of tune? Would you stand up and throw tomatoes at me?" Starr remembered what happened years earlier when fans constantly threw jelly babies on stage, after Harrison mentioned that he liked them. The drummer worried he would just be asking for it and take tomatoes to the face and other parts of his body for the rest of his life, and informed Lennon and McCartney there was "not a chance in hell" he was going to sing the line as written.

Starr was apprehensive about singing the number, and was more than happy to head home instead after an all-nighter recording the instrumental to the track. But the other Beatles wouldn't let him leave despite it being just before dawn. Emerick, the album's engineer, wrote about what happened when Ringo started to go up the studio stairs to end the session, as he and his boss, Martin, witnessed and listened:

He was at the halfway point when we heard Paul's voice call out.

Ringo looked to the others for support. "But I'm knackered," he protested. To his dismay, both John and George Harrison were taking Paul's side. "No, come on back here and do some singing for us," John said with a grin. It was always a group decision as to when a session would end, and obviously Ringo had jumped the gun a bit.

Starr groaned and wondered out loud if they were still going to be there at Abbey Road when that night's session was due to start, but he managed to get the vocal right, with his three bandmates gathered around him, silently conducting and cheering him on just inches behind the mic. The drummer still had trouble with the final high note, and after it was determined studio effects weren't an option, Paul, George, and John had to encourage him again to give him the confidence to pull it off. Once he hit the note, they toasted with scotch-and-cokes and finally called it a night/morning.

7. FOR THE MOST PART, RINGO WAS BORED.

While the others consulted with Martin on technical aspects of the songs they wrote and kept Starr—who had not written any material for Sgt. Pepper—waiting around longer than ever to record the percussion overdubs, he learned how to play chess.

8. "SHE'S LEAVING HOME" WAS WRITTEN ABOUT A TEEN WHO REALLY RAN AWAY FROM HOME, AND HAD MET THE BEATLES YEARS EARLIER.

McCartney wrote "She's Leaving Home" after reading in the local newspaper about 17-year-old Melanie Coe, who went missing without her car, checkbook, or any spare clothes. It turned out that Coe was shacked up with a croupier she had met at a nightclub, and ended up coming home 10 days later. What McCartney never realized was that he actually met Coe on October 4, 1963, when she won a miming contest on the TV show Ready Steady Go!. McCartney was the judge.

9. THE PABLO FANQUE IN "BEING FOR THE BENEFIT OF MR.KITE!" WAS GREAT BRITAIN'S FIRST BLACK CIRCUS OWNER.

Lennon was not aware of this. He had taken the lyrics for his song from an 1843 poster for Pablo Fanque's circus, which he had purchased in an antique shop on the day he filmed the music video for "Strawberry Fields Forever." Lennon hung it in his music room, where he played his piano, which lead to the obvious inspiration. Martin aided with the production considerably, based on Lennon's direction to make "Mr. Kite" sound like people can "smell the sawdust".

10. ADOLF HITLER IS HIDING ON THE ALBUM'S COVER.

Lennon had initially asked for Jesus Christ, Adolf Hitler, and Mahatma Gandhi to appear on the cover with the other celebrities and historical figures, but all three of those suggestions were nixed. Yet, Sir Peter Blake—the artist responsible for the design of the picture along with Jann Haworth—revealed in 2007 that wasn't exactly true.

"Hitler and Jesus were the controversial ones, and after what John said about Jesus we decided not to go ahead with him—but we did make up the image of Hitler," Blake told the Independent. "If you look at photographs of the outtakes, you can see the Hitler image in the studio. With the crowd behind there was an element of chance about who you can and cannot see, and we weren't quite sure who would be covered in the final shot. Hitler was in fact covered up behind the band."

made its public debut on May 20, 1967 at 4 p.m. on the BBC's Where It's At. Excerpts from every song except "A Day In The Life" were played, as the tune had been officially banned the day before for promoting "a permissive attitude toward drug-taking." BBC believed that McCartney's singing "found my way upstairs and had a smoke" was a drug reference, and that Lennon's line about "Four thousand holes in Blackburn, Lancashire" might be a reference to a heroin junkie's arm.

Because of that ban—and the belief that "With a Little Help from My Friends" and "Lucy in the Sky with Diamonds" also referenced drugs—the three suspicious songs were omitted from Sgt. Pepper's Lonely Hearts Club Band when it was released in South Asia, Malaysia, and Hong Kong.