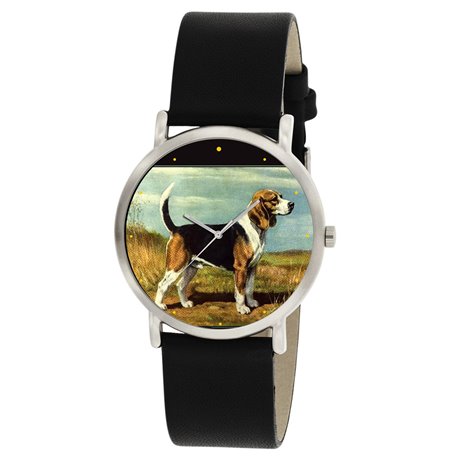 Beagles are one of the most popular dog breeds in America and are adored for their curious, warm personalities. Beagle puppies especially turn heads with their cute looks, too!

These dogs have nosed their way into the cultural zeitgeist, appearing as a fighter pilot named Snoopy in the Peanuts comic strips and in countless books and films. Who else bawled like a baby while reading Shiloh?

Are you thinking about bringing one of these darling scenthound pups into your home? Here are a few things to expect when adopting a Beagle puppy.

1. They’re The Type Of Pup Who Likes To Roam Around The Beagle is an ancient breed. They’ve been around for over 1,000 years as fox hunting companions to humans. Some even say the beginning of the Beagle breed goes back to 5th century Greece!

Because of this long tradition of scent-tracking and hunting, your Beagle puppy will be incredibly curious with their surroundings. Nothing is off limits to a Beagle’s curiosity, including something on the other side of your fence.

Beagles are known for literally digging around to find whatever it is that is driving their noses nuts. Play some scent-based games to keep them occupied and not digging around in your dirty laundry.

2. Grown Beagles Used To Be Smaller Than Your Beagle Puppy Your Beagle puppy will be nothing short of adorable. With their floppy ears, beautiful coloring, and excitable white-tipped tail, your pup will eventually grow to a healthy 20 to 25 pounds.

When the breed was first around, grown Beagles were so small they could literally fit in your pocket, measuring in at a height of eight to nine inches. Over time, these pocket Beagles were bred with larger hunting dogs, making the adorable — and much more durable — Beagle we know today. The word “Beagle” may come from the Middle French word “beegueule,” which means “gaping throat, noisy person, whiner.” That’s an accurate name to give these mouthy pups.

Your Beagle puppy may whine, howl, and yip any chance they get. While this is adorable when they are eight to ten weeks old, it’s a habit that will stick unless you proactively train them.

4. Your Puppy Could Join The Ranks Of Many Famous Beagles There are plenty of world-famous Beagles out there, and your puppy could be the next star to join them! Well, at least if you follow Barry Manilow’s lead.

The singer famously adopted a Beagle that he named Bagel back in the ’70s. He loved that Beagle so much that he put him on the back cover of his 1975 album Tryin’ To Get The Feeling.

You may not be a famous ’70s soft rock star with a Vegas show, but you can start your Beagle puppy their own Instagram and make them a star. Your pooch would join the ranks of other famous Beagles, such as Snoopy, President Johnson’s Beagles, Garfield’s sidekick Odie, and Gromit of Wallace and Gromit.

5. Your Beagle Puppy Will Keep You In Shape Beagles are highly active, curious pups. Even in their early age, they’re ready to take on the world all on their own.

Your pup will probably want to hike the most arduous paths, jump off the muddiest piers into the lake, and play whenever they have the chance.

Because of their need for a lot of exercise, many Beagle pups can get a little pudgy if they are left to sit at home all day. Not only that, but Beagles can become destructive if left home alone too long — they get bored! If you’re debating whether or not to bring a Beagle puppy into your life, consider how active your lifestyle is.

13 other products in the same category: