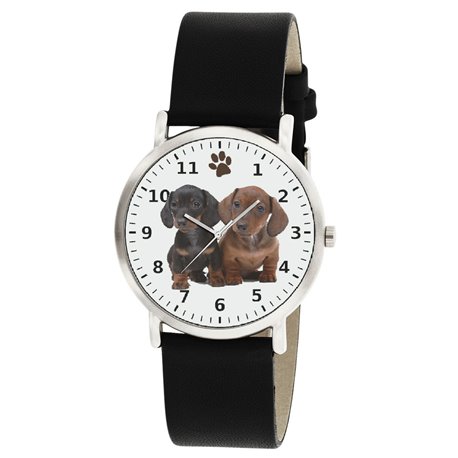 But don’t let this pup fool you. Dogs of this breed might be, as legendary literary critic and humorous journalist H. L. Mencken said, “half a dog high and a dog and a half long,” but this small, drop-eared dog is tough enough to take on a badger. In fact, that’s how they got their name (Dachs meaning badger; hund meaning dog).

However, you may know them by one of their many nicknames, including Wiener Dog, Sausage Dog, Doxie, and more. If you’re looking a little pooch who will keep you on your toes and shower you with love, this may be the breed for you. Opt to adopt if you can!

DogTime recommends this carrier for traveling with your small Dachshund. You should also pick up this dog water bottle for any outdoor adventures you have with your pup!

See below for a complete list of dog breed traits and facts about Dachshunds!