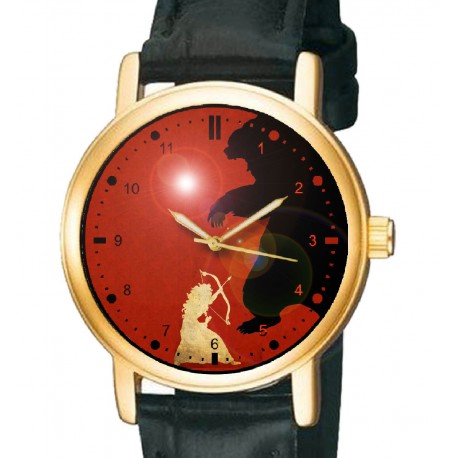 Brave is a 2012 American 3D computer-animated fantasy comedy-drama film produced by Pixar Animation Studios and released by Walt Disney Pictures. It was directed by Mark Andrews and Brenda Chapman and co-directed by Steve Purcell. The story is by Chapman, with the screenplay by Andrews, Purcell, Chapman and Irene Mecchi. The film was produced by Katherine Sarafian, with John Lasseter, Andrew Stanton, and Pete Docter as executive producers. The film's voice cast features Kelly Macdonald, Billy Connolly, Emma Thompson, Julie Walters, Robbie Coltrane, Kevin McKidd, and Craig Ferguson. Set in theScottish Highlands, the film tells the story of a princess named Merida who defies an age-old custom, causing chaos in the kingdom by expressing the desire to not be betrothed.

Chapman drew inspiration for the film's story from her relationship with her own daughter. Co-directing with Mark Andrews, Chapman became Pixar’s first female director of a feature-length film.[4] To create the most complex visuals possible, Pixar completely rewrote their animation system for the first time in 25 years.[5][6][7] Brave is the first film to use the Dolby Atmos sound format.

Brave premiered on June 10, 2012, at the Seattle International Film Festival, and was released in North America on June 22, 2012, to both positive reviews and box office success. The film won the Academy Award,[8][9] the Golden Globe,[10] and the BAFTA Award for Best Animated Feature Film.[11] Preceding the feature theatrically was a short film entitled La Luna, directed by Enrico Casarosa.

In Medieval Scotland, Merida, a young princess of the clan Dunbroch, is given a bow and arrow by her father, King Fergus, for her birthday. Her mother, Queen Elinor, disapproves. While venturing into the woods to fetch a stray arrow, Merida encounters a will-o'-the-wisp. Soon afterward, Mor'du, a huge demon bear, attacks the family. Merida flees on horseback with Elinor, while Fergus fends off Mor'du, though the fight costs him one of his legs.

Now a teenager, Merida discovers that to her dismay, she is to be betrothed to the son of one of her father's allies. Elinor reminds Merida of a legend of a prince whose pride and refusal to follow his father's wishes destroyed his kingdom, and explains that failure to consent to the betrothal could harm Dunbroch.

The allied clan chieftains and their first-born sons arrive to compete in the Highland games for Merida's hand in marriage. Merida twists the rules, announcing that as her own clan's firstborn she is eligible to compete for her own hand. She easily bests her suitors in an archery contest, shaming the other clans. Elinor, furious, reprimands Merida, and in a heated argument, Merida rips her mother's tapestry of the family, and Elinor throws her prized bow into the fire. Merida storms out and rides into the forest, where she follows the wisps to the hut of an elderly witch. Merida bargains with the witch for a spell to change her fate.

When Merida gives the spell, in the form of a cake, to Elinor, it causes Elinor to transform into a bear, though still retaining most of her human personality. Merida returns to the witch's cottage with Elinor, only to find it deserted, and discovers a message from the witch: unless Merida is able to "mend the bond torn by pride" before the second sunrise, the spell will become permanent. Merida and Elinor are led by the wisps to ancient ruins, where they encounter Mor'du. Realizing that Mor'du was the prince in the legend, Merida vows that she will not let the same thing happen to her mother, and concludes she needs to repair the torn tapestry.

They return to the castle to find the clans on the verge of war. Having learned from her experience with her mother, Merida intends to declare herself ready to choose a suitor as tradition demands, but with encouragement from Elinor, instead insists that the first-born should be allowed to marry in their own time to whomever they choose. The clans agree, breaking tradition but renewing and strengthening their alliance. Merida sneaks into the tapestry room with Elinor. Elinor, who is losing her humanity, attacks Fergus, but suddenly regains her composure and flees the castle. Mistaking the queen for Mor'du and refusing to listen to Merida, Fergus pursues the bear with the other clans, locking Merida in the castle. With the help of her triplet younger brothers, who also ate the cake and have been transformed into bear cubs, Merida escapes and repairs the torn tapestry while riding after her father. Fergus and the clans capture Elinor, but Merida intervenes and stops her father, just before Mor'du attacks. Mor'du batters the clan warriors and targets Merida, but Elinor intercedes, holding off Mor'du and causing him to be crushed by a falling menhir. This releases the spirit of the prince, who silently thanks Merida for freeing him. As the sun rises for the second time, Merida realizes the mistakes she has made and reconciles with Elinor, causing the queen and the triplets to turn back into humans.

With Mor'du gone, Merida and Elinor work together on a new tapestry when they are called to the docks to bid farewell to the other clans.