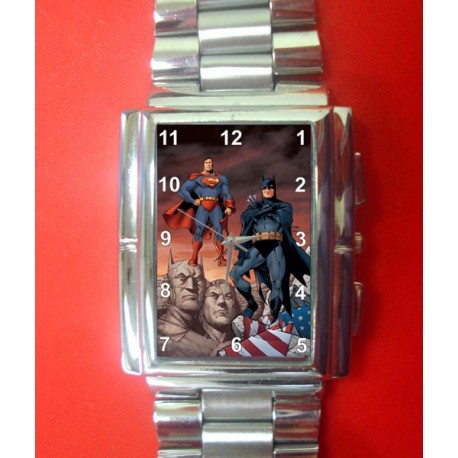 Superman/Batman was a monthly comic book series published by DC Comics that features the publisher's two most popular characters: Batman and Superman. Superman/Batman premiered in August 2003 and was an update of the previous series, World's Finest Comics, in which Superman and Batman regularly joined forces.

Superman/Batman explored the camaraderie, antagonism, and friendship between its titular characters. Jeph Loeb, the series' first writer, introduced a dual-narrator technique to present the characters' often opposing viewpoints and estimations of each other, which subsequent series writers have maintained. Prior to the 1985 limited series Crisis on Infinite Earths, the two iconic characters were depicted as the best of friends. Frank Miller's landmark series The Dark Knight Returns was the first DC story that depicts the heroes at odds with each other, as opposed to pre-Crisis incarnations. This dynamic became DC Universe canon with John Byrne's The Man of Steel, a Superman reboot published in 1986.

With the exception of the first thirteen issues, most of the story arcs were independent and self-contained from the ongoing or crossover storylines in the other Batman and Superman comic titles. Superman/Batman #26, Loeb's final issue, features a story plotted by Loeb's son, Sam Loeb, who wrote it prior to his death from cancer in 2005 at the age of 17. Twenty-six writers and artists who knew Sam worked on the issue, donating their fees and royalties for the issue to the Sam Loeb College Scholarship Fund.