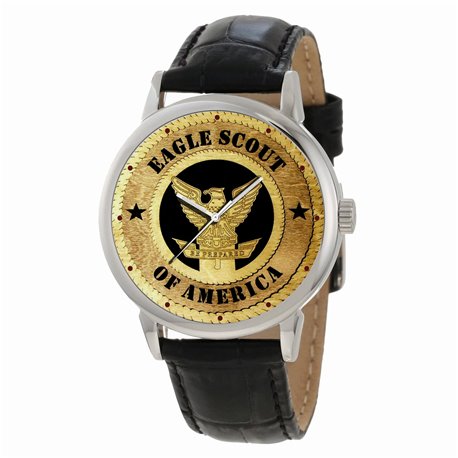 Eagle Scout is the highest achievement or rank attainable in the Scouts BSA program of the Boy Scouts of America (BSA). Since its inception in 1911, only four percent of Scouts have earned this rank after a lengthy review process.[2] The Eagle Scout rank has been earned by over 2.5 million youth.[3]

Requirements include earning at least 21 merit badges. The Eagle Scout must demonstrate Scout Spirit, an ideal attitude based upon the Scout Oath and Law, service, and leadership. This includes an extensive service project that the Scout plans, organizes, leads, and manages. Eagle Scouts are presented with a medal and a badge that visibly recognizes the accomplishments of the Scout. Additional recognition can be earned through Eagle Palms, awarded for completing additional tenure, leadership, and merit badge requirements.

Those who have earned the rank of Eagle Scout also become eligible, although are not required, to join the National Eagle Scout Association.[4] 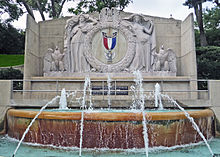 The Scouts BSA's highest award was originally conceived as the Wolf Scout, described in the June 1911 Official Handbook for Boys.[5] The August 1911 version of the handbook changed this to Eagle Scout. The medal illustrated in the handbook was a profile of an eagle in flight, but was changed to the current design before any were issued. In their original conceptions, Life Scout, Star Scout (Life preceded Star until 1924) and Eagle Scout were not ranks, but part of the merit badge system that recognized Scouts who had earned a specified number of merit badges. Eagle Scout was awarded to any First Class Scout who had earned 21 merit badges.[6]

The first Eagle Scout medal was awarded in 1912 to Arthur Rose Eldred, a 17-year-old member of Troop 1 of Rockville Centre, Long Island, New York. Records show that not only the national officers sat on Eldred's Board of Review, but also included Lord Baden-Powell who just arrived in the United States earlier in the day of January 31, 1912. Eldred was notified that he was to be awarded the rank of Eagle Scout in a letter from Chief Scout Executive James West, dated August 21, 1912. The design of the Eagle Scout medal had not been finalized by the National Council, so the medal was not awarded until Labor Day, September 2, 1912. Eldred was the first of three generations of Eagle Scouts; his son and grandson hold the rank as well.[7][8] In the 1960s, the Kansas City area awarded more Eagle Scout badges than any other council in the country, resulting in the creation of the Eagle Scout Memorial there in 1968.[9] In 1982, 13-year-old Alexander Holsinger of Normal, Illinois, was recognized as the one-millionth Eagle Scout, and Anthony Thomas of Lakeville, Minnesota, was the two-millionth in 2009.[3][10][11]

On October 11, 2017, the Boy Scouts of America announced that in 2019, a program for older girls would begin to be available, enabling girls to earn the rank of Eagle Scout.