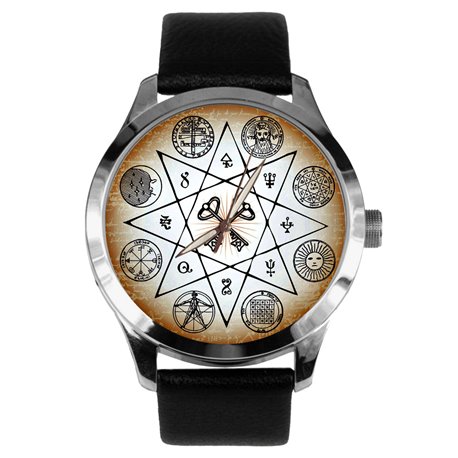 Before we can speak meaningfully of Masonic esotericism, we must first establish a meaning for the word “esoteric.” In some Masonic jurisdictions, it is customary to use this term primarily to denote the parts of our work that are officially secret, those things that are performed in a tiled lodge or communicated by mouth to ear between brethren. However, the core meaning of this word more broadly references the inner (eso-) nature of things, those actualities and potentialities that are not immediately apparent or commonly understood. Contrary to a common misunderstanding both in and outside of Masonry, the esoteric is not limited to secret teachings about metaphysics, whether models of divine hierarchies, planes of manifestation, levels of consciousness, or practical methods of working with subtle energy. The effort to delve into such matters actually comes from our deeper, more essential, and even instinctive desire to unveil the unknown and grasp the mysteries of existence. It is this very rudimentary human desire to make the unknown known that is the essence of esotericism.

Likewise, Masonic esotericists are Masons who seek to understand the inner or hidden side of Masonry, which includes not only deeper interpretations of its symbolism and ritual, but the internal psychological challenges of actually following its principles and tenets. In other words, in its most basic sense, Masonic esotericism is the perception that there are mysterious depths within Masonry coupled with the effort to plumb those depths in our own lives.

Beginning with this definition, it can easily be shown that an esoteric approach in Masonry is not only possible, but that it is actually intended to be part of the Masonic experience.

Masonry’s own words consistently encourage such perceptions, desires, and efforts through repeated attention to that which is “internal,” through the use of the term “speculative” to define our Craft, through symbolism and allegory as teaching methods, and through its encouragement for Masons to be studious, prayerful, contemplative, and virtuous. Furthermore, among our central allegorical allusions are the symbolic quests for light and the Lost Word. To argue that there is nothing inherently esoteric about Masonry would thus require a more narrow definition of “esoteric.” Terms like “esoteric Masonry,” ”Masonic esotericism,” or “Masonic esotericist” are therefore somewhat redundant, although they are presently useful in emphasizing that special attention is being given to the internal dimensions recommended by our ritual and monitorial teachings.